There is probably something you did not know about me. I am obsessed with foo lions. I’d forgive you if you did not know what a foo lion is, especially if you have never been to Asia and more specifically China, Japan or Korea. If you have, then it is almost certain you have seen the Foo lions because they form part of the rich culture of those countries. 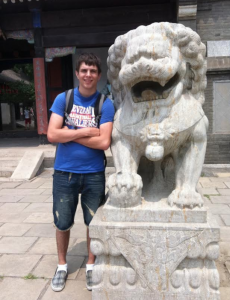 But if you haven’t made the long trip across the Pacific to Asia, then it is a good thing you are reading this piece right now. I’m guessing you are already anxious to know what the Foo lion really is or what it represents. Without further ado, therefore, let’s take a look at what the Foo lions represent.

The “Foo Lion” commonly referred to in English as Fu dogs or Foo dogs represent a symbol of protection in the eastern part of the world and they are called different names by the Easterners.

For instance, while the Foo Lions are called Komainu in Japan, they are been referred to in China as “Imperial guardian lions”, which is the same as “shí shī” in Chinese and “haechi” in Korea. They are believed to offer mystic protection and can be traditionally found in front of top-ranking individuals in the Asian society, imperial palaces, and temples. However, they can be seen just about anywhere in Okinawa.

A question you might want to ask at this point is, how did the Foo Lion come to be or how did they originate?

The Foo Lion idea was birthed by the Chinese Buddhism and history has it that its first introduction was most probably during the Han Dynasty when they were presented by emissaries from Persia and Central Asia to the Han court.They were depicted in the culture of the Buddhist as the protector of Dharma and thus began the tradition of placing statues of two lions in front of Buddha images. However, at the commencement of the Heian period which was between 794-1185 CE, statues of the Foo Lions started appearing outside of shrines and temples. 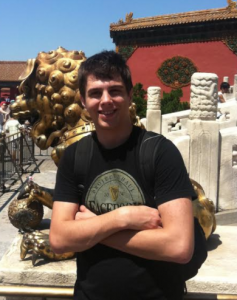 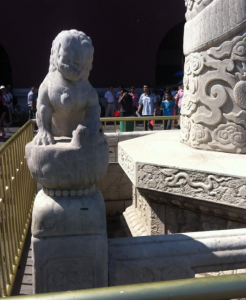 Having known a thing or two about the Foo Lion, it is possible you may have developed an interest in owning a Foo Lion. Here are two things you should know about having a Foo Lion sculptured for you.

Foo Lions should always be in pair

To make the statues of the Foo Lions appear protective and symbolic, they have and should always be designed in pairs (a male which symbolizes power and supremacy, and a female that symbolizes support and compassion). The male represents “yang,” and it protects everything outside which include the structure of the building itself. The female, on the other hand, protects everyone in the structure and represents yin.

Every detail of the Foo Lion symbolizes something

A look at a pair of Foo Lions and you will notice a ball beneath the paws of the male, while the female holds a cub. The ball symbolizes the world and the cub symbolizes nature or powerful maternal protective instincts.

I hope this piece has gotten you enlightened about what the Foo Lions represent as well as how they originated? If you are a tourist or someone who loves to travel, the Foo Lions do represent an interesting reason to make the long trip across the Pacific to a museum in China, Japan or Korea.